The deviantART Panel at the Amazing Arizona, January 8th 2011

At the very first Comic Con of 2011,  deviantART came to town to  kick off the convention circuit. And I am honored to be helping them. Taking place  at the Mesa Convention Center, in Mesa, AZ, I moderated a one hour panel on Saturday afternoon. It was one of the most well attended  panels of the show with people from all ages showing up for the fun.

The panel was really fun and it started off with an introduction to each panel member.  The topic focused on how  deviantART helped to launch the careers of these folks and tips on how it can help other artists take their work to the next level.

It was a really informative session and the audience got engaged at the end and mingled in with the artists and asked questions. Immediately following the one hour panel, at 5pm there was deviantMEET. Representatives from deviantART came and raffled off shirts and other deviant shwag.

I want to thank deviantART for such support. They are a blast and big thanks to Heather Wetzler, Nicole Jordan and Meg  Turney for coming down and supporting us. This was an honor and a great way to get to know people, and I also learned a thing or too. But most of all I love to help other artists in any way I can. It’s great to give advice as well as get it.

Below are two videos of the deviantART panel. 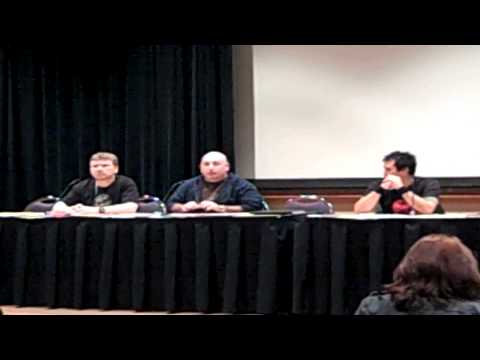 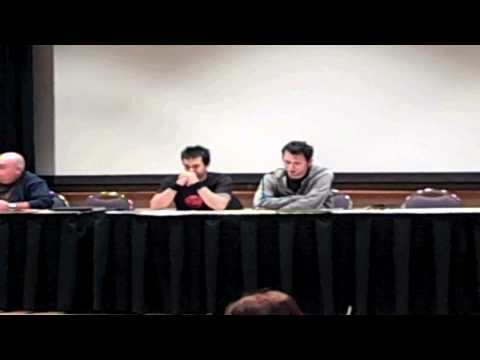 ABOUT:
Dan LuVisi is the creator of the LMS franchise and is a cover artist for DC Comics’ series the Secret Six

Dan Stewart is the creator of the Sci-Fi webseries, Vexika Hal Hefner (Me), creator of Gates the comic, standing with a few fans after the panel at the devMeet. These guys are all aspiring artists and we had some fun chatting after the event.