Return to Point Pleasant is written by a man with a vast knowledge of the subject of what I would say is America’s second most famous Cryptozoic creature next to Bigfoot, (Sasquatch or whatever you want to call that hairy ape man)–THE MOTHMAN!

For those of you that don’t know who or what the Mothman is, then you’ll need a history lesson on the subject, and this si exactly what Chad Lambert gives you in Return to Point Pleasant.

The actual plot of the story is very fun and centers around a group of futuristic time traveling scientists who journey back to Point Pleasant, West Virginia in search of the infamous Mothman! Lambert takes you on a historical trek that begins at the Revolutionary War and focuses on the murder of Chief Cornstalk which many believe begins the chain of events that led to the birth of the Mothman in the form of a curse. Lambert then takes you on a journey all the way up to the 1967 Silver Bridge disaster, chronicling more than 200 years of paranormal folklore that comes to life in fully-painted color comic panels. And the crazy thing is what makes this so devilishly awesome is that it is based on true events!

When one of the greatest authors of our time says, (“Superb and Frightening! Bravo!’ – Ray Bradbury), you know you’ve got something here. And I agree, I think it’s really neat how Lambert weaves the myth and legends into a tale of time travel. Now I’m not one to ruin the plot here by telling too much, so I won’t, but I think either way, if you know the Mothman then you’ll love this. AND if you DON’T…then you will want to learn more. So before or after reading this book, I highly suggest you check out the documentary, Eyes of the Mothman, which is streaming on Netflix right now. Lambert is actually in the book and through his research and writings, I would consider him one of the foremost living experts on this bizarre subject. This is a great documentary and paints the Mothman and the negativity of town of Point Pleasant, West Virginia in a very creepy way.

I have to admit that if I could pick a negative from the book itself it would be some of the art I was not completely sold on, but I really think Lambert’s writing makes up for it.   Some of the art was great though the cover in particular. Some of the art I downright despised but hey, I’m an artist too, and there are people out there who hate my art too so who cares really. Art is subjective anyway so my point is moot and I don’t mean to bag on anyone in particular–BECAUSE, again, it’s about the story and the myth of the Mothman that sets this book apart.

Chad Lambert’s compiled a collection of comics actually in , Return To Point Pleasant. Some would say it is probably a niche comic but damn it is some good writing and pacing. And for the most part,  it assumes an existing knowledge of West Virginia’s curiosity of the creature known as The Mothman.

Check out the trailer below:

Overall I give this book two thumbs up. I liked it so much, I reached out to Chad Lambert and we have began to correspond about comics, art, life and more. I’m looking forward to more of his writing.

Lambert ironically will be appearing at the MOTHMAN FESTIVAL, on September 16th-18th in Point Pleasant, West Virgina. Check it out!

In my next post I will discuss how the Mothman Legend has influenced Gates, my webcomic

THE MOTHMAN AND POP CULTURE:

The Mothman was most famously and originally immortalized in John A Keel‘s classic of journalism journey, The Mothman Prophecies . This was later adapted into a very well done and  creepy film of the same name, featuring Richard Gere, Laura Linney and Will Patton.

The late John Keel, tells the modern myth splendidly and recounts The Mothman as the  mysterious figure which has supposedly been haunting the residents of Point Pleasant, West Virginia, with prophecies of doom and fore-warnings of disaster.  The initial appearance of the Mothman began in the late nineteen sixties when it first appeared to ambush the car of a bunch of teenagers near the notorious TNT polluted areas of the town.

Since the Mothman appeared,  the creature has been explained as everything from the American Indian result of Chief Cornstalk’s curse, to UFOs, to Men In Black, to mutated birds, to Dinosaurs, to supernatural phenomena, to  an explosion of mass hysteria, to proof of time travel, to straight out bullshit, to oh so much more.

So which is it? That’s for you to decide.

If you’re interested in the Mothman phenomenon, I suggest these 4 different items.

1) The Eyes of the Mothman Documentary

3) The Mothman Prophecies Movie based on John Keel’s book 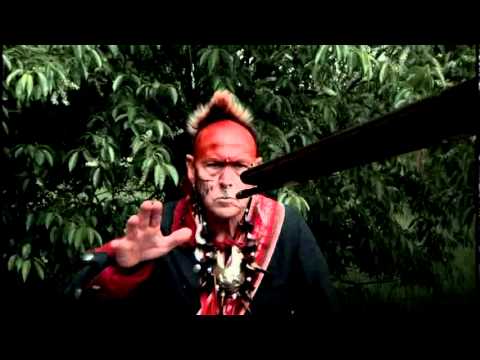 Honestly, I’ve been fascinated with Mothman – and the potential interpretations and the influence on popular culture – since first seeing the Richard Gere film back in 2002, which led me to read John Keel’s book .  In my next post on Saturday September 10th, I’ll discuss how the Mothman has influenced me and my art, for Gates my webcomic.