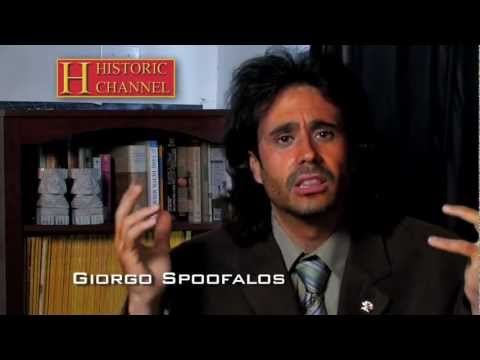 Fifteen years ago, I lost my father to cancer. In my lifetime I have lost both grandfathers and my uncle to cancer as well. When I came up with the concept to honor the memory of Ronnie James Dio, and all that he did for Heavy Metal, it was obvious the best way and most personal way was to honor the Stand Up and Shout Cancer Fund.

To me this is a very serious matter, and an honor for me to be able to have great music accompany my art and writing for my new science fiction comic, Gates, currently presented by cult classic, Heavy Metal Magazine.

So to be serious…I had to “let my hair…up, get a spray tan” and have a little fun.

I am proud to announce a fun new video I wrote, directed and starred in to spark a little fire under the Ronnie James Dio, Stand Up and Shout Cancer Fund campaign for our soundtrack.

So what you see before you is an honest and stupid attempt at an Ancient Aliens & Giorgio A. Tsoukalos Spoof Video Promoting the Gates Musical Soundtrack for the webcomic by Hal Hefner in support of the Ronnie James Dio Cancer Fund. This free webcomic is being presented exclusively by Heavy Metal Magazine at http://gatesthecomic.com and being produced entirely by Hal Hefner.

This video stars me, your lovably obnoxious and opinionated, comic artist and writer of the new science fiction comic Gates, Hal Hefner, as Giorgio A. Tsoukalos. Tsoukalos is well known for his high hair, orange spray tan and outlandish deliveries and is the lovable celebrity of the popular History Channel series, Ancient Aliens. As the fun and eccentric ancient alien theorist, Hef (me) uses Giorgio A. Tsoukalos to poke fun at the show ancient aliens, taking a Funny Or Die, Saturday Night Live and Comedy Central like approach to a rather serious show and uses it to promote the musical soundtrack to the webcomic that was launched in August of 2011. The commercial spoofs the ancient hieroglyphs of the Mayans who populated the Yucatan Penninsula,Mexico and built Chichen Itzaand ties it into Ronnie James Dio’s trademark “devil horns” symbol that is prevalent in Heavy Metal still to this day.

Here’s a classic clip of Giorgio A. Tsoukalos delivering a great theoretical discussion on the History Channel’s Ancient Aliens. 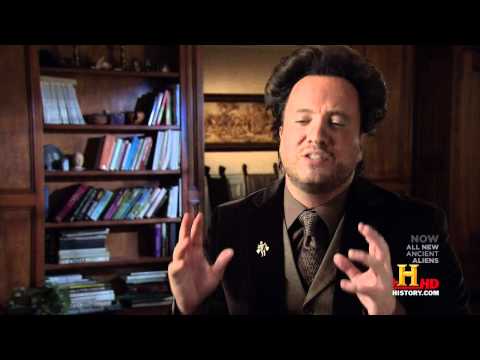 The soundtrack to Gates, is dedicated to Ronnie James Dio who was on the original Heavy Metal soundtrack, to the cult classic film, Heavy Metal, in 1981. Dio was the lead singer for Black Sabbath at the time and their song mob rules is an epic track that fit perfectly with the animated movie Heavy Metal.

The soundtrack to Gates is for sale on Amazon & Itunes MP3 and 100% of the proceeds of the sales are being donated to the Ronnie James Dio Stand Up and Shout Cancer fun and are synchronized with the story of Hal Hefner’s new science fiction comic book franchise Gates.

on iTunes and AmazonMP3, benefiting the Ronnie James Dio “Stand Up And Shout Cancer Fund.” ALL OF THE PROCEEDS ARE BEING USED TO FIGHT CANCER!

For a digital press kit that includes images and logos, please go to: A SPECIAL THANKS TO:

Thank you History Channel! I (Hal Hefner) is a huge fan of Ancient Aliens and it was an honor for me to parody such a great show.

Thank you Kismet Cinema for the production of the video.

MUSIC USED IN THE VIDEO:

And last but not least..

Thank you to Giorgio A. Tsoukalos for being you. You rock and it was an honor for me, “Hal Hefner” to play your likeness in support of a great cause. Best of luck to you and all you do. You are Tsoukalicious!